Mastopexy or breast uplift is usually performed to improve the shape of the breast.

What Is A Mastopexy?

Mastopexy or breast uplift is usually performed to improve the shape of the breast. It may involve a reduction of breast tissue and may be combined with breast augmentation.

For those who wish to rejuvenate the breast and to improve the shape.

You are not a good candidate for a mastopexy if you smoke, have an extensive medical background and don’t have realistic expectations of the surgery.

How Much Does A Mastopexy Cost?

If the surgeon believes you’re suitable for a mastopexy, they will give you a quote after the consultation which includes all applicable fees.

What To Expect During Your Consultation

The success of the consultation depends on your openness and honesty in relation to what troubles you and your expectations of surgery. You will be asked questions about your health, desires and lifestyle. Different operations can be tailored to your needs and the potential outcomes and the risks and complications will be discussed with you. A consultation regarding the risks and limitations of surgery will help you to choose a procedure that will meet with your expectations.

The majority of breast uplift procedures require general anaesthetic. Your health is a prime importance and any cosmetic surgery should be postponed if you are unwell for any reason. It is important that if anything changes with your health that you make contact with us. You should ideally stop smoking 6 weeks prior to surgery and stop taking aspirin, anti-inflammatory drugs and herbal supplements before surgery. You may need preoperative tests prior to surgery, which we will arrange if required. You will generally experience discomfort following the surgery and should aim to be off work for at least 2 weeks depending on the type of work you do.

Breast uplift surgery often takes between 1.5 and 2.5 hours and is usually done under general anaesthetic. Breast uplift surgery normally involves the placement of an incision around the areola and usually a vertical line from the areola down to the breast crease. Occasionally an incision is required along the breast crease also. Any excess skin or breast tissue is removed and the breast reshaped. The skin is then redraped over the new breast and the wounds are then closed with dissolvable stitches.

You will usually return to the ward within an hour following surgery and you will be encouraged to mobilize. You will usually not have drains in place and you will be able to eat, drink and mobilize as soon as the anaesthetic wears off. You will feel swollen and have discomfort that will usually require analgesia. You should wear a support bra and keep this in place day and night for at least 4 weeks. You should be able to go home the next day and should keep the wounds dry for the next week. You should arrange for someone to pick you up following surgery and have some support at home on discharge. You will be reviewed in clinic and the wounds checked at a week. You should avoid any strenuous exercise in the first week and should continue to wear a support bra for 4-6 weeks after surgery. You will be able to resume light exercises after a week and normal exercise by 2-3 weeks. You should begin massage to the scar once healed. The pictures (1-4) shows a lady who underwent a mastopexy / breast reduction. Brusing and swelling is often apparent through the initial weeks and redness and discharge are not unsusual. It can take many months to years for the scars to fade.

The vast majority of patients are delighted with the procedure although common early complaints include change in sensation, bruising, swelling and there is often a slight difference between the two sides. Uncommon early complications include infection, haematoma, delayed healing, seroma formation and thickened scar. There are also uncommon risks of general anaesthesia such as respiratory / cardiac compromise and deep vein thrombosis.

Sensation usually changes following breast reduction and the nipples may be hyper or hypo sensitive. It is uncommon to have complete numbness but sensation but can take a number of months to return. Nipple areola loss has been described but it is extremely uncommon.

With time breast tissue continues to age. This is particularly an issue with childbirth. It may be that further surgery to tighten the skin is required at a later date.

The scars following mastopexy can be red for a number of weeks / months after surgery and it can take some time before the scars start turning pink / purple and then start fading into a white line. It is unusual to develop abnormal scars and unusual to have irregularities requiring scar revision. Any revisions in the scars should not be considered for at least a year following surgery

Implications For Mammograms And Screening

You need to be aware that 1 in 10 women do develop breast cancer and if you find a discrete lump you should consult with your GP.  If you find a lump or you are at an age to enter a breast-screening programme you may be offered a mammogram. You need to tell the mammography service that you have had a breast reduction although it will not change your management.

The ability to breast-feed can be affected by breast reduction surgery and you should consider this before deciding on the operation.

Are There Any Alternatives To Uplift Surgery?

Increasingly artificial products are being considered as a means of creating longer-term results. The use of mesh can be considered although the pros and cons of this approach need to be considered at the time of consultation. 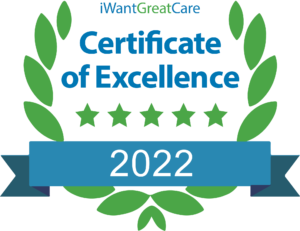