While we recover from the COVID-19 outbreak and in order to protect patient safety we are encouraging all patients to consider virtual consultations. Please contact us by clicking the link below and filling out our contact form for further details about arranging a virtual or face to face consultation. CONTACT US

Breast implants age just as our bodies’ age and with time there are changes that occur.

Breast implants age just as our bodies’ age and with time there are changes that occur. Often these changes cause minimal disruption to patients but pain, discomfort and visible change to implants can occur. The most accurate data available on implants from the FDA suggests that 30% of all primary breast implants will need to be removed within 10 years and that 50% of implants in revisionary breast augmentation need to be removed within 10 years. It is uncommon for implants to be removed / changed within weeks/months of surgery although infection, extrusion and rotation/migration of implants can occur. Most of the reasons for removal / change of implants are related to the aging changes of the implants and the breast/skin. Age related changes of the breast/skin can lead to the skin/breast drooping over the implants and the need for a mastopexy as a secondary procedure. Rippling or palpability can also occur with time due to thinning of the skin. As implants age the lining of the capsule surrounding the implants can change that can lead to the development of capsular contracture. The capsule is scar tissue that surrounds any implant in the body and is a protective lining. Where this scar tissue changes and tightens it can cause changes that lead to pain, discomfort and visible changes. Leak or rupture of the contents of the implant can also occur.

When patients consult for revisionary breast augmentation it is important to discuss the pros and cons of implant removal only and removal and replacement +/- mastopexy. Removal only is often not the desired operation chosen by many patients as many women cannot imagine what it would be like to live without implants – especially where they have had implants for many years. They often perceive a loss of feminity, a need to change clothing / image and worry about how other people will react. Consultations regarding breast augmentation revisionary surgery are complex and the pros and cons of removal only and replacing +/- lifting need to be discussed in detail.

The most important decision when considering removal is the benefit to the breast and the surrounding tissue. Removal of the implant and the surrounding capsule allow the breasts to recover from the stretching effects of implants and the possible effects that the implant and capsule have had on the body. Patients often feel that they will have no breast tissue after removal of implants and fear the result and do not consider the benefits.

Following the removal of implants the majority of patients feel relieved, surprised by how good the result is and they do not react in the negative manner psychologically that one could predict. By removing implants the breast is able to settle and it gives patients the opportunity to see what it would be like without the implants. Although the majority of patients are offered the opportunity to have a further breast augmentation +/- mastopexy at a second stage it is not unusual for patients to be happy after removal only.

Many women have breast augmentation initially at a vulnerable time in their lives and live with implants believing that without them they would be perceived unattractive. Years later many women are adamant that they will have no breast tissue after removal only and are frightened to consider it as an option. In many cases there is sufficient breast tissue, the results are very acceptable and there is often a sense of relief once the implants are removed.

For those that do decide to have further surgery at a second stage following removal as a first stage it is much easier to plan and discuss the options and allows patients to make an empowered choice regarding types of implants +/- mastopexy. There is no doubt that the informed consent process for revisionary breast augmentation is optimal when implants are initially removed in the first stage.  Patients treated in this staged manner may well behave more like primary breast augment patients during the second stage rather than one stage revisionary breast augmentation and there may be increased longevity of the implants and more optimal outcomes using the two stage approach.

Throughout the years there have been many incidents of patients needing to have implants removed as a result of MHRA or DOH advice in relation to specific breast implants. Concerns regarding connective tissue disorders led to a moratorium of silicone gel implants in the USA (no link has been proven). Links to rare conditions and cancers such as anaplastic large cell lymphoma remain under investigation (approx 1 case per year in the UK) and it is unlikely that there will ever be a breast implant that is considered 100% reliable and 100% safe. Patients must carefully consider removal of breast augmentation only and should consider breast augmentation removal as a breast rejuvenation technique.

When considering augmentation removal one must consider the breast, skin and the capsule. It is often best to remove the capsule in its entirety and where this is removed with the implant this is called en bloc removal. It is often best to let the breast tissue and skin settle although one can try and elevate the tissue higher up the chest wall at the same time where appropriate. The operation is often not that painful and patients recover relatively quickly. One usually uses the same initial scar to perform the operation and where an inframammary incision has been used one must try and elevate this scar so that upon removal the scar sits near the crease/fold of the breast. There are always risks of irregularities but often there are more extensive irregularities before surgery and irregularities afterwards are often well tolerated. 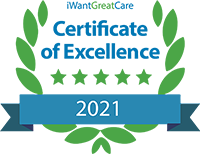